Caleb and Sam were married by Brigham Young and they now had a son and were living at their ranch. Brigham Young then called Calebs father John on a mission. The mission was for the rest of his life. He was called to marry a divorced woman from Boston who had been abused by her past husband, and she has two children. While at the ranch, Caleb receives a letter from Salt Lake City, Box B. Whoever gets a letter from Box B will be called on a mission.

This book is clean and wholesome without foul language or sexual innuendos. It is LDS and family oriented reading. Any age can read this book and enjoy its contents. Have a great read.

Here are short inserts from different chapters in the book.

There were about forty Indians in the group. They came at a full gallop into camp and then came to a dead stop about two wagon lengths from the Elders, raising dust and showering them pebbles. Caleb noticed that some of the Indians were holding their rifles at the ready, while others had notched their bow strings with arrows.

The Elders show no fear, and each one was praying fervently for divine protection. President Young had promised them safety from the Indians, and each Elder believed in his promise.

By now there was a long line of old timers and it was only those who had gotten in on the betting and skinning, who could participate in the binding ceremony. Every man was reaching deep down to bring up their own personal binding agreement, and each man spit twice on his hand. There was one spit per agreement. One spit for their wager on Calebs wrestling agreement at ten to one, and the other spit for Calebs agreement with Preacher Jenkins, for use of his church for two Sabbaths. Caleb saw that some of the men combined one humongous chunk of tobacco juice on the palm of their hand, before they shook the preachers hand.

Every man eagerly stood in line. This was payback time for ol Jenkins, because he had fleeced not only them, but many members of his congregation, with his giant wrestler. The small crowd of old men was building to a fevered pitch, and everyone wanted the wrestling match to get started.

Preacher Jenkinss walked over to them and said, I told ya I would run ya out of town, just like yer Marmons in the past and Im doing it again, but ya wont be tarred and feathered. This time my friends are gonna bury ya both alive, and he gave a sardonic laugh.

The Elders dug a hole in the ground for the next hour. The leader told them to stop. He said, Preacher Jenkins said since ya ar companions yer to sit next to each other and well put the dirt on top of ya, til we kin cover both of yer heads. Caleb was just about to make his move, when one man hit him from behind with the butt of his rifle, and it knocked him into the hole. The leader pushed Elder Orrin into the hole and told him to help Caleb sit up and he was told to sit next to him. Caleb moaned and came to. Elder Orrin said, Elder, I hope this gets us the kingdom. Caleb said, I dont know why Elder, but I still think everything will still work out. Yea, replied Elder Orrin, The only way well get out of this hole is when were resurrected. Two of the men started filling the hole and shoved the dirt in and around the two elders. The dirt was up to their shoulders and the leader said, Lets cover em up and git out of here. This place gives me the creeps. 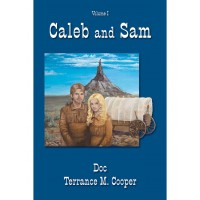 This is a story of a family who lived in the Arkansas wilderness in the 1850s. The father and son br..