This is fourth and final book of the “Jacob Series."

This book is clean and wholesome and written with out any swearing or sexual innuendos. A person of any age can read this book and not have to worry about it’s content. This book has been written for the LDS and Christian faiths and for anyone who wants a book to read where they will laugh and where they will cry. It will leave you with a good feeling for your friend, neighbors, and fellow man. Enjoy the Read.

Stephens Confederate Cavalry is wrecking havoc throughout the area, and it will only be a short time before his soldiers takes vengeance on Jacob and Zac’s families, and everyone on the Windslow Ranch.

The Preacher said with venom, “And another thing, these false preachers are Mormons. They were run out of Missouri and Illinois for their false preaching; and now they’re moving to the Great Salt Lake Basin, where they are gathering like flies on a dead carcass.”
Rockford paused to get their attention. “I want all of you to shun these evil men. They will try and take your money, and they will eat you out of house and home. They have no money, and they will sponge off anyone. Do you hear me? I want you to run them out of the area if they come to your home.” His voice got higher and he continued. “They got more than one wife; and they will try and take yours!” This brought a gasp from the congregation.
A voice was heard in the back, “They can have mine!”

Mary and Jacob lost their baby daughter ‘Jillian’, at three months of age. They are now trying to find peace with the death, and they are asking Preacher Rockford what he believes is the fate of their daughter.

Preacher Rockford said, “I believe that God decides in advance which individuals will be saved and which will be lost. This would be true not only for adults, but also for infants and children who had died without being baptized. God chooses who will be eternally tormented in Hell, and others who will go to Heaven.”
Mary gasped and said, “Surly Preacher Rockford, you don’t believe that? Our little daughter didn’t even know right from wrong. How could God condemn an innocent baby to Hell, and allow another baby go to Heaven!”

Riley turned to Stephens and said, “They want Morgan.” Stephens swore, and asked, “Who are they…his friends?” Riley turned and looked at the warrior and said. “No. They want Morgan because he was responsible for killing over one hundred Crow warriors; and also for the death of nine Shoshone warriors when they tried to kidnap Morgan’s wife.”

Stephens said, “They can have him when I’m finished with him. I first plan to disembowel Morgan.” Riley said, “I don’t think so, Lieutenant. The warrior said, whatever we do to Morgan, they will do to us.” Stephens cursed again and said, “I have waited too long to kill this man, and I want to do it myself. I think they just want to rescue Morgan and take us as prisoners.”

As if the Indian had been reading Stephens’ mind, he took an arrow from his quiver and notched it and aimed at Stephens. The Indian let the arrow lose and it hit Jacob in his right side, and Jacob cried out in pain. The brave let loose another arrow, and this time it went into Jacob’s leg and again he screamed in pain. The Warrior spoke with Riley and said, “You think me friend of white man? Me no kill him now, him have many days to die. You make choice; you die or Morgan die.”

This novel is historical fiction, with romance, adventure and plenty of action.  This is a.. 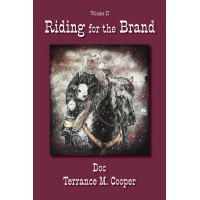 This book is the second volume in the ‘Jacob Series,’ ‘Riding for the Brand.” Jacob’s nemesis turned.. 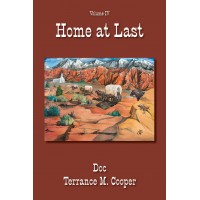 This is fourth and final book of the “Jacob Series." Graff and his filthy partners are still ar..